Bumper Trout Season on the Horizon

The 2021-22 trout fishing season is shaping up to be a bumper with over 14,000 rainbow trout grown at Huon’s Millybrook hatchery, near Mathinna, released into select waterways across Tasmania.

The Inland Fisheries Service (IFS) engaged Huon to breed and raise trout so that there’s enough for recreational fishers to catch during the open season.

Matt Collins, Millybrook Hatchery Manager, said it is great to be a part of the IFS stocking program.

“It is a great feeling being part of the IFS stocking program and we hope the fish released into the selected Tasmanian waters bring lots of enjoyment for families and fishers alike, and hopefully a tasty fish for dinner,” said Matt.

The fish from Millybrook have been stocked at Craigbourne Dam, Brushy Lagoon, Big Waterhouse Lake, Tooms Lake, and Lake Leake.

Brown trout were first introduced to Tasmania from the United Kingdom in 1864, with rainbow trout arriving in 1894 (from New Zealand via North America). Tasmania’s trout fishery is widely considered to be one of the best in the world with the State playing host to the World Fly Fishing Championship in 2019.

The released rainbow trout are between 350mm-400mm so will be legal size in time for the upcoming season.

“The trout in the stoking program were graded for size and quality so only the best, biggest trout were stocked. These fish will bring a smile to the face of even the most seasoned fisher.”

Before the trout could leave the hatchery, they were health checked, ensuring the highest health and biosecurity outcomes.

“Around 2,000 trout were stocked in Lake Leake so fishers down there might be shoulder-to-shoulder with those of us who raised the fish,” said Matt.

The Inland Fisheries Service report that they have busily been preparing for the season.

“Over winter we have been busy transferring wild adult brown trout from the Central Highlands and frisky young rainbow trout sourced from the Huon Aquaculture Millybrook fish farm ready for the new season,”.

“With the good winter rain, water levels will be high and there is likely to be exciting fishing right from the start. The trout will be in close feasting on food along the flooded edges.”

As an added bonus, fifty tagged brown trout have been released, with each tag worth $2,000.

Most waters across Tasmania are open to fishers from August 7th. 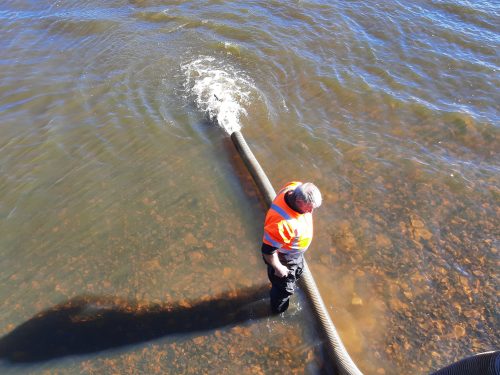 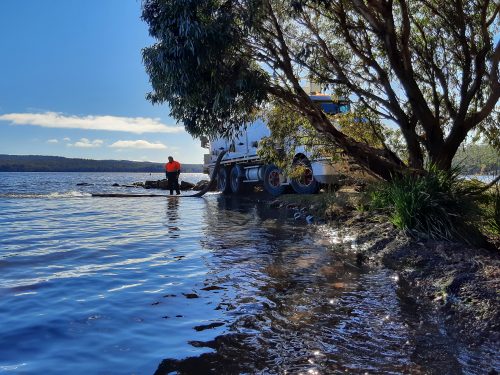 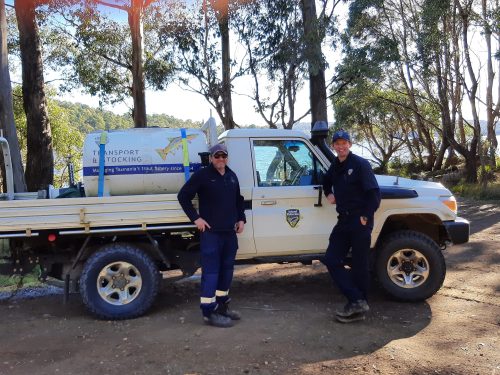 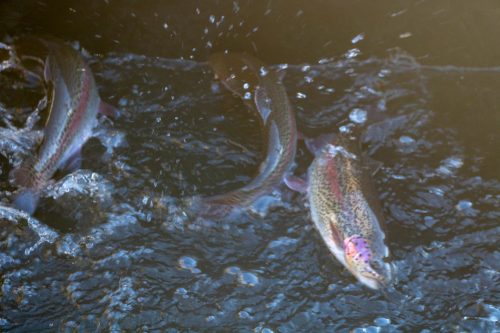 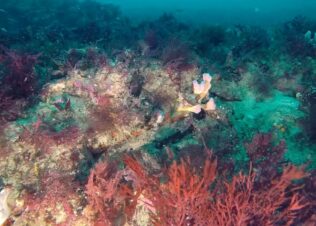 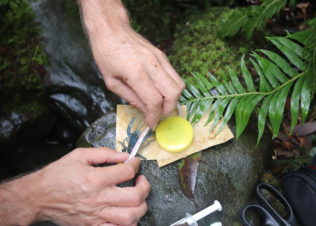 At an undisclosed location in Tasmania’s north east, almost 60 juvenile captive-reared giant freshwater crayfish have been released into the wild. The crayfish were raised at one of Huon Aquaculture’s hatcheries under a program that aims to boost their numbers… 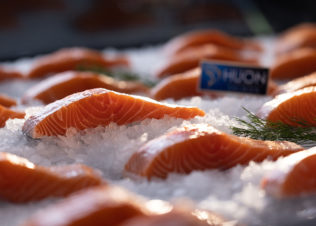 Huon Aquaculture has hit the ground running in 2021 with a high-profile advertising campaign that was filmed and produced entirely in Hobart using talented Tasmanians. Huon’s General Manager of Sales and Marketing, Callan Paske, said the Company worked alongside local…