We believe that disease control in salmon requires a holistic approach. Good site management, fish husbandry and rigorous biosecurity measures are central to reducing the risk of disease outbreaks and controlling the spread of infectious diseases. Vaccines are important in preventing disease outbreaks but cannot control all losses. Medication such as antibiotics are also important but should only be used as a last line of defence to avoid significant animal welfare issues and stock losses.  This mind-set means that we are continually working to develop proactive diet regimes and vaccines to allow our salmon to combat known illnesses and lead healthy lives.

If our vet feels there is a need to treat fish with antibiotics it is supervised, reported and strictly regulated by government. The antibiotics are allowed to pass through the fish long before it is harvested, in accordance with regulatory requirements.

Huon has not used antibiotics at sea since 2016 when a single pen was treated. Furthermore, Huon did not use any antibiotics at any of our sites, freshwater or marine, in the 2019-20 financial year.

We do not use antibiotics in our Recirculation Aquaculture System (RAS) facilities because the waste management systems at these sites are based on biological filtration processes.  These filters are coated in good bacteria which keeps the system in balance and use of antibiotics would destroy the good bacteria as well as the bad.

Lonnavale was our first RAS facility, representing a shift from our traditional flow-through style hatcheries. Forest Home (at the time) represented the second generation of our recirculation hatcheries while Whale Point is the future; it includes a state of the art internal water treatment system which enables the facility to reuse 98 per cent of its water every single day; the remaining 2 per cent is reused offshore for bathing, thereby achieving 100 per cent water reuse.

Where we occasionally use antibiotics are at our flow-through hatchery sites which are classified as non-consumptive, i.e., water comes in, goes through the fish, is cleaned up and goes through some form of waste/nutrient removal (drums screens, settlement ponds, reed beds) before being returned to the waterways. (The most recent usage was in January 2019 at our Springfield site). The antibiotic use shown in the table below refers to sites that are 100 per cent Huon owned and operated.

Across the industry, antibiotic use has significantly decreased (in 2007, eight tonnes were used in a three-month period) due to a range of reasons including improved biosecurity, fish welfare practices and selective breeding.

Any antibiotic use is reported to State Government in real time.

Huon also participates in an annual national residue survey to monitor levels of therapeutants, ensuring we comply with a maximum residue limit, which refers to the highest concentrations of a chemical residue that is legally permitted or accepted in a food, based on good agricultural and chemical use practices. https://www.agriculture.gov.au/ag-farm-food/food/nrs

*The hatcheries referred to in this table are 100 per cent Huon owned and operated. 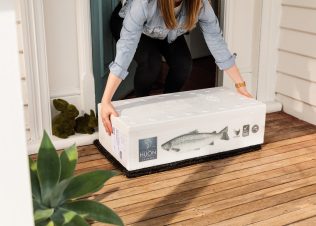 Huon is critically aware of the environmental impact of packaging, and we undertake Sustainable Packaging Guideline (SPG) assessments annually for all product packaging. Huon Aquaculture has been an Australia Packaging Covenant signatory since 2011. The APC is focused on three… 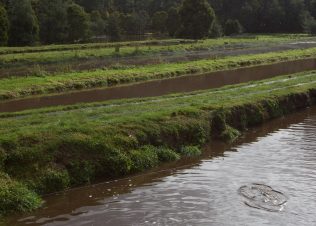 Healthy rivers are a critical component of the success of our Freshwater sites; which is why we routinely participate in AUSRIVAS surveys. The Australian Rivers Assessment System was established in 1994 by the Federal Government to quickly identify any impact… 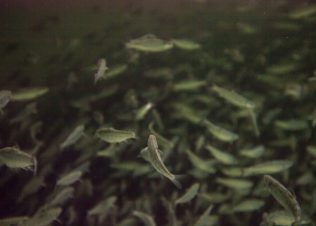 The Tasmanian Government recently created a portal that provides access to data which they collect from Tasmania’s salmon farmers. This data includes information on regulations, monitoring programs, biosecurity best practice, and the use of therapeutants. The portal can be found…