The Employer support awards aims to formally recognise the contribution employers have made to Defence Reservists as they transition into and continue their time within the workforce.

Huon was acknowledged as a supportive employer by its own Defence Reservist, Steven Hore who works on the farm in Tasmania’s south. As a supportive employer, Huon often gives Steven time off to pursue training and workshops with the defence forces. Huon will aim to continue supporting Steven and respect his dedication to the armed forces.

In 2013, Huon won the “best solution to an identified workplace health and safety issue” in the Tasmanian Safety Awards conducted by Work Safe Tasmania. This award was won for the development and introduction of predator proof pens that will… 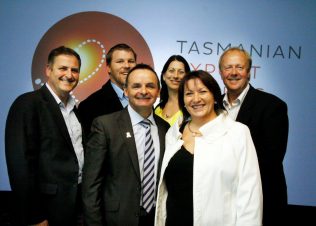