In the early hours of this morning, a fire broke out on a Huon Aquaculture pen in the Channel. The fire damaged approximately a third of a pen, burning through and melting the pen infrastructure above and just below the waterline.

Peter Bender, Huon Aquaculture CEO, said the fire melted the infrastructure and has resulted in a fish loss at Huon’s Zuidpool lease.

“We are estimating that we have lost between 50,000 – 52,000 4kg fish and in accordance with our reporting requirements, we have notified MAST, EPA and DPIPWE Marine Farm Branch,” said Peter. 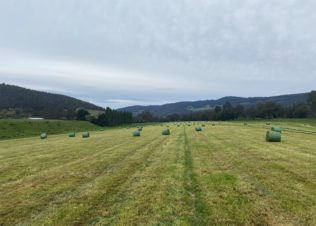 The 2000th bale of organic silage has been ceremoniously cut at Huon Aquaculture’s Forest Home farmland and will be fed to Bruny Island Cheese’ rare-breed cows later this season. Frances Bender, Huon Aquaculture Co-Founder and Executive Director, said it is… 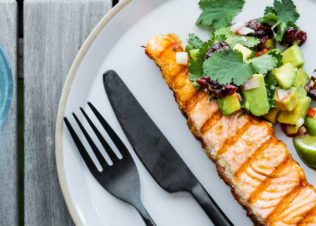 In a first, consumers will be able to purchase frozen Huon RSPCA Approved Salmon across selected Woolworths stores nationally. Huon Aquaculture’s General Manager of Sales and Marketing, Callan Paske, said Huon is the first and only seafood producer in Australia… 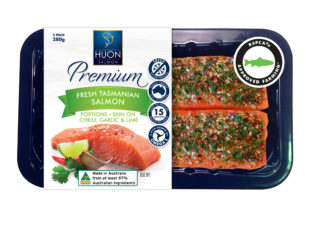 Consumers can now choose Huon RSPCA-approved Salmon in Coles supermarkets. Huon Aquaculture’s General Manager of Sales and Marketing, Callan Paske, said the introduction of Huon Salmon products featuring the RSPCA-approved logo will give consumers peace of mind. “Our fish have…