Health of the rivers at Huon hatcheries

Healthy rivers are a critical component of the success of our freshwater hatchery sites; which is why we routinely participate in AusRivAS surveys. The Australian Rivers Assessment System was established in 1994 by the Federal Government to quickly identify any impact on the in-stream biota.

Ongoing, independent testing results show we are having no negative impact, and in some instances, the river health is better downstream from our hatcheries.  This testing regime is more rigorous than required of the mining industry but at Huon we are happy to go above and beyond because if we don’t look after our environment the company’s future is somewhat limited! We also voluntarily provide the environmental regulator with a copy of our results.

Highlights from the 2022 report include:

In addition to AusRivAS assessments, all of Huon’s freshwater sites are subject to extensive regulation and monitoring, including both daily field and monthly laboratory testing of the nutrients, oxygen levels, pH and the conductivity of wastewater leaving the sites. 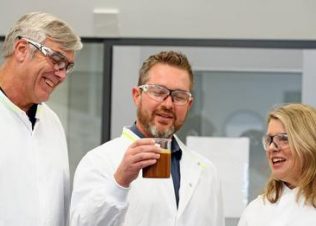 Huon was proud to be part of primary feed supplier, BioMar’s, recent launch of its dedicated algal oil facility at its Wesley Vale mill in NW Tasmania; a significant sustainability milestone in the evolution of salmon feed. AlgalPrimeDHA™ is… 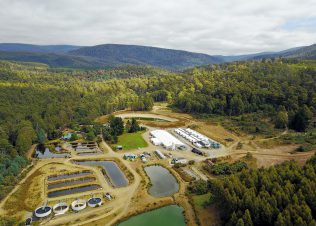 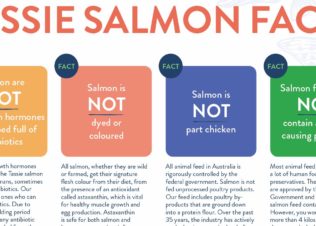