The natural beneficial properties of salmon will not only keep you healthy but also keep you looking good.

In 2005, the USA government released revised dietary guidelines that placed fish as an important part of ones daily diet. “Evidence suggests an association between fatty acids and reduced risks of mortality from cardiovascular disease for the general population.” (1)

A study reported in the Journal Circulation suggested that sudden cardiac death reduced by as much as 50% in people with a modest intake of omega 3 fatty acids from fish rich in EPA and DHA (like salmon). (6) 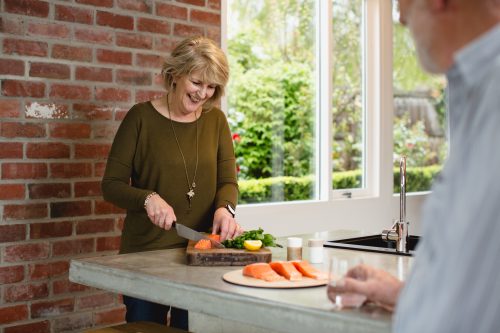 According to a study in neurology using mice, “the group… fed the DHA rich diet had 70% less build up of amyloid protein in the brain.” This sticky protein is what makes up the plaques in the brain that are the hallmarks of Alzheimer’s. (9)

MS Australia research highlights a direct link between Vitamin D deficiency and MS. Salmon is a great source of Vitamin D and arguably helps fight the onset of MS. (15)

Multiple studies have suggested that omega 3 oil can play a major role in reducing depression.(7) Importantly, the body does not manufacture omega 3 on its own – it has to come from your diet.

An Australian government report in 2005 highlighted calcium and vitamin D deficiency in the diets of many Australians, leading to osteoporosis.

People over 50, those with dark skin, some migrant groups and those who are covered for cultural reasons, have a reduced ability to produce and store vitamin D from exposure to sunlight. (12)

Oily fish like salmon can be a good source of Vitamin D and calcium (especially if you consume the edible bones). 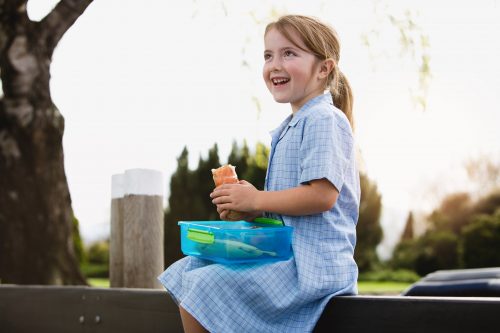 Astaxanthin is a particularly strong form of carotenoid (the natural pigment which gives salmon their colour) that has been found to have significant effects for skin and anti-aging. It is also a powerful antioxidant which is significantly more effective that Vitamin E. It is just one of a long list of naturally beneficial properties of salmon which not only keep you healthy but also keep you looking good.