The accreditation comes off the back of the company’s ‘Tasmanian Exporter of the Year’ award last month and also retaining  an ‘A’ rating by the prestigious British Retail Consortium’s (BRC) Global Standard for Food Safety for the third year in as row – the nation’s only salmon processor to achieve it.

Frances Bender, joint owner and Director of Huon, said “we believe we produce the world’s most loved salmon and this accreditation is an endorsement of our world-leading salmon farming practices.

“The Global G.A.P  and BRC accreditation gives consumers added confidence that our salmon is produced using world’s best practice and is completely traceable – from egg to plate.”

The Global G.A.P standard not only audits Huon’s operations but also those of companies that supply to them which means that there is a rigorous and thorough understanding of the entire process of farming and growing salmon.

The independent auditor, Paul MacIntyre from Food Certification International who was flown in especially from the United Kingdom, undertook an audit of Huon’s operations in early November assessing each of their six operational sites around Tasmania against 249 compliance criteria.

“I was impressed in particular by the professionally produced Veterinary Health Plan and the expertly managed harvest operations are an indication that Huon Aquaculture give fish health and welfare top priority”, said Mr MacIntyre.

Mrs Bender believes it is the company’s ‘Huon Method’ that can be directly attributed to the successful achievement of the standard.

“Our motto is simple – we don’t want to be the biggest, we want to be the best. To do that, we’ve developed what we call the ‘Huon Method’ and it is this simple philosophy that guides everything we do at Huon Aquaculture,”  said Mrs Bender.

“The ‘Huon Method’ focusses on the welfare of the fish – from ensuring the salmon live in a stress free and pristine environment, to making sure our fish pens have the lowest stocking densities in the world, we go to considerable lengths to ensure the welfare and quality of our fish is second to none.

“We feel it is important to challenge ourselves and have the internal discipline to meet the very high standards set by Global G.A.P.

“Global G.A.P. is not a marketing partnership – this is an independent third party who reviews not just salmon but all agricultural products in 100 countries around the world assessing our operations and finding that a Tasmanian company, Huon Aquaculture, is world leading.

“But rest assured we will not stop here.  We are committed to constantly improving our practices and meeting the very high standards set by ourselves, our communities, our customers, and most importantly – the consumers of the fish we grow.”

The Huon Method is a 4 point philosophy that underpins all farming operations:

The GlobalG.A.P. Integrated Farm Assurance Standard – Aquaculture Version 4 – is a pre-farm gate standard that covers the whole production process of the certified product from the hatchery until the point of harvest and packing.

The BRC Global Standards are a suite of four industry-leading Technical Standards that specify requirements to be met by an organisation to enable the production, packaging, storage and distribution of safe food and consumer products. Originally developed in response to the needs of UK members of the British Retail Consortium, the Standards have gained usage world-wide and are specified by growing numbers of retailers and branded manufacturers in the EU, North America and further afield. 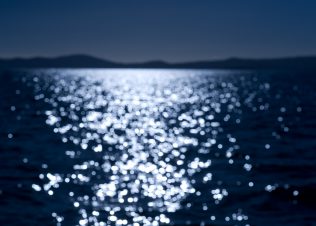 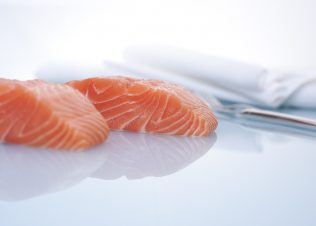 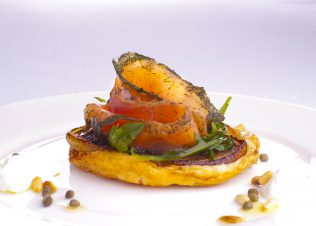 Huon Aquaculture’s Reserve Selection Gravadlax has been awarded Champion Seafood Product at the Hobart Fine Food Awards over the weekend. Gravadlax is a traditional Scandinavian-style delicacy that is carefully marinated for around 3 days in brandy, dill and spices to…