What does fertility have to do with Year of the Rat and salmon?

2020 brings the Year of the Rat which was the first of all zodiac animals. But why? According to one myth, the order of the zodiac animals would be determined based by the order in which they arrived to the Jade Emperor’s party, as decreed by the Emperor himself. The Rat tricked the Ox into giving him a ride, where, just as they arrived at the party, Rat jumped down and landed ahead of Ox, becoming the first animal to arrive.

In Chinese culture, rats are seen as a sign of wealth and surplus. Because of their reproduction rate, married couples also pray to them for children.

Just like the Year of the Rat, salmon is known to be beneficial for fertility.

Ebony Crameri, an Australian Fertility and Prenatal Dietitian says salmon is an important food to include in a fertility diet as it contains the following nutrients: 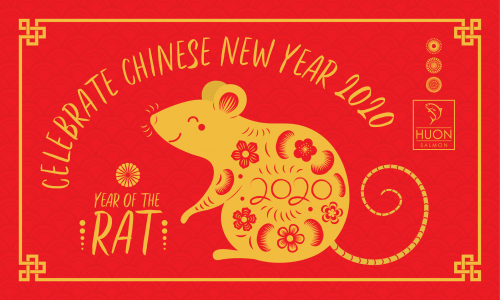 From all of us here at Huon, Happy Chinese New Year. May it be filled with wealth, surplus and Huon Salmon.

Hear from the President of one of China’s first importers of Huon Salmon, Mr Wang Dong Wei on what New Year means from them here.

Find out more about Chinese New Year and the Year of the Rat: https://chinesenewyear.net/zodiac/rat/

What does fertility have to do with Year of the Rat and salmon? Cancel