Consecutive Best in Shows for Huon Aquaculture’s Banquet Slice Tasmanian Smoked Salmon at the 2010 Sydney Royal Fine Food Show and 2010 Royal Hobart Fine Food Awards have proven once and for all that the Tasmanian producer really is the best in the business.

Both awards were coveted by other salmon producers but it was Huon’s unique Banquet Slice product that was deemed a cut above the rest, collecting an unmatched perfect 100 points winning the Richard Langdon Champion Product in Show in Hobart.

Co-founder of the innovative Tasmanian family owned company Huon Aquaculture, Frances Bender, said that the whole team was thrilled to again be recognised for its quality products amidst a world class field.

“To be awarded Best in Show at Hobart in addition to receiving Champion Salmon Product for our Banquet Slice Smoked Salmon at the Sydney Royal Fine Food Show is just amazing,” said Mrs Bender.

“Our commitment is always to strive to do our best and produce the best and we are able to do that because of a genuine love and belief in the product we are sending out to fine dining restaurants and consumers around the globe. 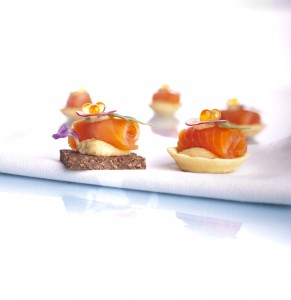 “We have had a wonderful success rate with awards in recent times and are extremely proud of the fact our locally produced products are considered of such high grade by so many local, national and international judges.”

The awards come as a testament to Huon’s commitment to using stress free, sustainable methods of production that see their salmon raised to mirror the natural life of salmon in the wild.

It also comes on top of the recognition that Huon Aquaculture products received at the Sydney Fine Food Awards earlier this year, being one of six finalists, from a field of 5000, in the Royal Agricultural Society (RAS) of NSW President’s Medal.

Huon Banquet Slice Smoked Tasmanian Salmon is slow smoked for up to 40 hours over red gum logs, is sliced horizontally for versatile use and contains no artificial additives.

“The way the salmon in trimmed allows for finer presentation and the traditional methods used to smoke the fish adds a unique wood-smoked flavour,” Mrs Bender said.

“We are not the biggest producer but we maintain that with our dedication to quality and fine produce, we are certainly rated as one of the best and the awards mirror this sentiment.”

Huon Banquet Slice Tasmanian Smoked Salmon is mainly distributed to restaurants but with the increased recognition it is receiving it is now being stocked in good quality fishmongers, delis and stores around the country. 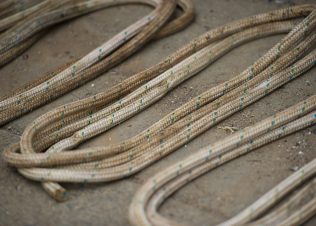