A number of Letters to the Editor (Mercury 7 February 2022) from anti-salmon farming activists questioned the expertise, integrity and independence of IMAS and its scientists in order to disparage salmon farming.

The suggestion that an institution such as IMAS would publish a peer-reviewed study skewed to promote the interests of the salmon industry is disingenuous and unfounded.

The IMAS report has openly acknowledged the limitations of the study, yet was still able to provide a number of reasonable observations and conclusions.  The study also received considerable input and engagement from recreational fishers, many of whom are highly knowledgeable and experienced.

The findings of the report were consistent with previous local and overseas studies, including a 2019 IMAS study into a similar escape in Tasmania.  Biological sampling of the stomach contents of escaped salmon found that less than 3% had any food at all in their stomachs, which indicates a very poor outcome for the fish.

Anti-salmon activists are clearly disappointed in the findings of the IMAS report.  However, it does not give Huon Aquaculture ‘a free pass’ either.  Huon urges anyone interested to read the IMAS report, including comments and observations from recreational fishers – some highly critical of the salmon industry – and make up their own minds.

Huon Aquaculture thanks IMAS for its work conducting the study and preparing the report.  Huon also thanks the hundreds of recreational fishers who provided data to the IMAS study and congratulates them on their catches.  We hope the salmon were fun to catch and delicious to eat. 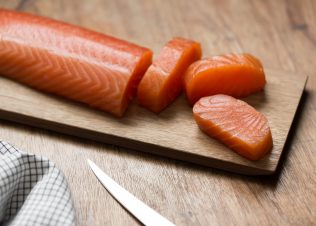 Huon Aquaculture has taken out the Champion Seafood Trophy at the 2021 Royal Tasmanian Fine Food Awards, with five products awarded Gold and a further four products gaining a Silver award. With a score of 99/100, Huon’s Reserve Signature Cold… 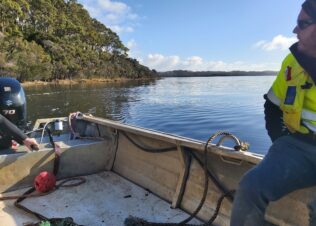 Huon Aquaculture’s farms were not inspected as part of the WWF report commissioned in 2019. Huon has never run its operations in Macquarie Harbour in the same manner as other producers and has repeatedly questioned the standards of the wider… 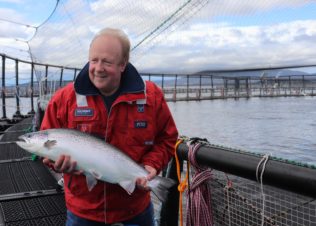 Huon Aquaculture’s CEO, Peter Bender, in responding to unfounded claims from mining magnate, Andrew Forrest about Huon’s environmental and fish welfare practices, said today that his company was the first and only seafood producer in Australia to achieve RSPCA Approved…