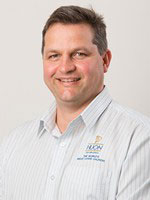 Philip has more than 20 years’ commercial management and senior accounting experience and joined Huon in 2008.  His core role is to guide and implement Huon’s strategy by working closely with the CEO to grow the business. During his time at Huon, the Company has more than doubled its production from approximately 8,000t to the current level of 18,849t in FY2019. He also oversaw the company’s acquisition of Southern Ocean Trout. Philip’s former roles include Commercial Management positions with publicly listed companies including Orica Limited as well as a range of financial management roles with companies both in Australia and internationally.

Philip holds a Bachelor of Commerce from the University of Stellenbosch, South Africa and is a Member of the Institute of Company Directors and a Certified Practising Accountant 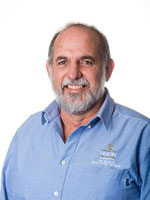 Steve has more than 30 years’ experience in fish farming operations, first joining Huon in 1990 as a farm manager. Steve now manages all aspects of fish health across the company. He has been responsible for preparing a veterinary health plan for Huon which assisted in the company being recognised as Australian Biosecurity Farmer of the Year in 2013. Steve is well known in the Tasmanian and global aquaculture industry for his in-depth knowledge of fish health and husbandry. Steve is a current member of the Global Gill Health Initiative which combines global research and experience. Steve has been involved in numerous high level industry and government roles incorporating aquatic, animal health, biosecurity and industry focused R&D.  Steve holds a Bachelor of Veterinary Science and Diploma of Education, both from the University of Queensland. 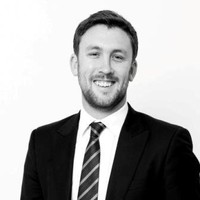 With over 13 years working in the field of marketing and communications, Callan provides strategic leadership, direction and influence to the development, implementation and evaluation of initiatives, strategies, policies and programs as they relate to sales, marketing and customer service for Huon Aquaculture Group Pty Ltd.  Callan has been at Huon since 2012, working in Brand Management and Retail Sales before stepping into the General Manager – Sales and Marketing Role in early 2019.  Prior to his time at Huon Callan spent three years at Tasmanian public relations firm Font PR where he specialised in communications, strategy development and implementation. Before this he worked as a freelance journalist (News Ltd) and abroad in public relations and marketing, coordinating major media for a sports and entertainment business in London, working in collaboration with media outlets including the BBC, SkyTV, Setanta and ITV.
Callan holds a Bachelor of Arts in Journalism and Entrepreneurship from the University of Tasmania.
Tweet Tweet