Huon has marine farms in three key locations across Tasmania: Storm Bay, the Huon and D’Entrecasteaux Channel, and Macquarie Harbour. Each of these sites has its own unique growing conditions for example, we farm Ocean Trout in Macquarie Harbour as this species enjoys the harbour’s brackish water.

Each region is serviced by a nearby ancillary site which is typically used as a storage facility and shore-base for on-water employees. To service our leases, we have a fleet of approximately 100 vessels which is a mix of Huon-owned, contract operated and long-term leased vessels including our two wellboats the Ronja Huon and Ronja Storm.

Changing the way we farm

In 2014, Huon listed on the ASX in an effort to raise a significant amount of capital in order to implement our Controlled Growth Strategy. At the heart of this strategy was a desire to develop a wide range of technologies required to farm offshore in Storm Bay. 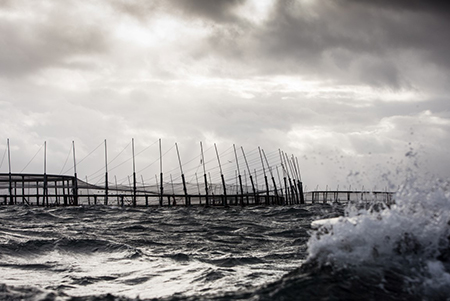 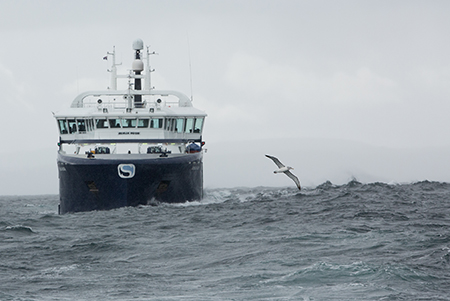 A significant amount of research and development underpins our ability to farm in Storm Bay including our patented Fortress Pens and our smart feed system. The location of each of Huon’s leases can be found on our Sustainability Dashboard. 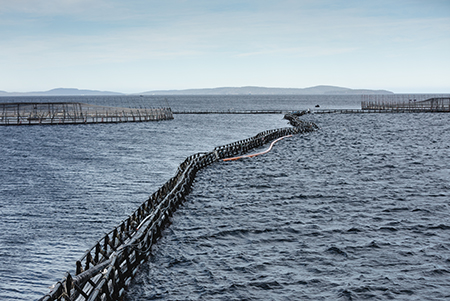 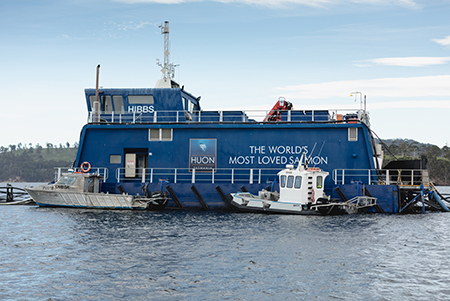 A Channel lease and a feed barge

At Hideaway Bay, Dover, you’ll find where Huon Aquaculture began. Peter and Frances began salmon farming here in 1986 with one pen of fish and a single employee. Today, Hideaway Bay operates as the shore base for operations in the State’s south.

Hideaway Bay is also home to Australia’s only dedicated fish feed trial, harvest holding pens and our state-of-the-art harvest system which takes advantage of salmon’s natural instincts to swim against the current.

We have several farms dotted within the Huon and D’Entrecasteaux Channel. Each of these sites is named after a nearby landmark for example, our Garden Island lease is near the privately-owned island.

We don’t currently offer on-water farm tours to the public but our team at Hideaway Bay will happily answer any questions that you have about our operations. 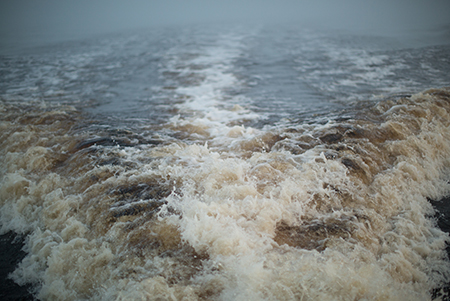 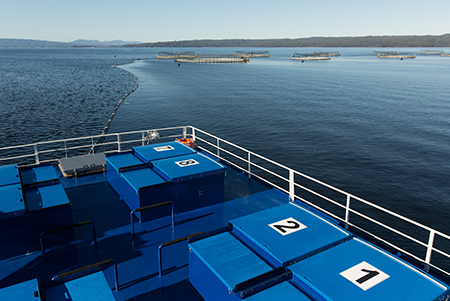 Located in the mid-west of Tasmania just below Strahan is Macquarie Harbour. The Harbour is important to our operations as it has a mix of fresh and salt water which is ideal for farming Ocean Trout.

These conditions are made possible as the Harbour has a very narrow and shallow opening which controls the mixing of the water.

We have operated in Macquarie Harbour since 2012 and have been vocal advocates for its ongoing sustainable environmental management as demonstrated through our unprecedented legal action. 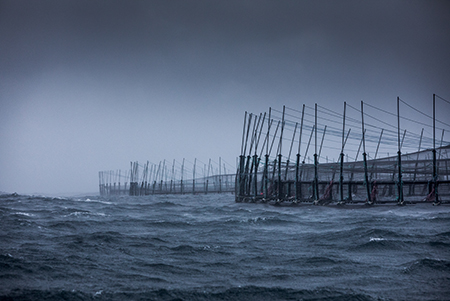 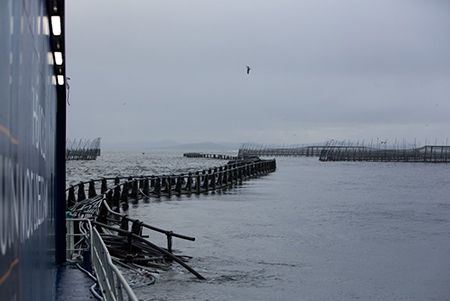 Our newest farming site is East of Yellow Bluff, in Storm Bay. New leases sites are carefully selected based on criteria including proximity to shore-bases, possible impact on community and recreational amenities. The process to secure a new farming site is extensive and takes several years of community engagement, scientific analysis and completing governmental conditions and reports. The location of each lease can be found on our Sustainability Dashboard.

Our Storm Bay lease has what we believe to be the roughest farmable waters in the world with swells of 4-6 metres regularly rolling through the pens.

We have been farming at this site since 2014, and in 2019, we were successfully granted a new farming site at East of Yellow Bluff. We use this new site to stock our smolt (juvenile salmon) where they grow in size until they are large enough to be transferred further south to one of our more exposed leases in Storm Bay.